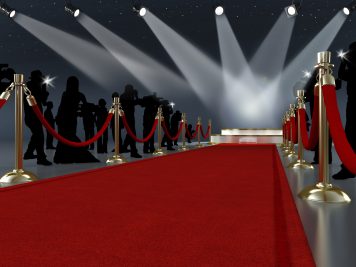 It’s just over a month to go till the red carpet is laid out for the 71st BAFTA Film Awards 2018 when the leading stars of film descend on London to be honoured for their efforts.

This year’s ceremony is on Sunday 18th February and for the second year running all the action and the scenes will be played out to a packed audience at the Royal Albert Hall.

After twelve years presenting the BAFTA Awards Stephen Fry has decided to step down. He will be replaced an icon of British Film and Television in Joanna Lumley.

Speaking about the honour at the nominations announcement she said: “Honestly how exciting is this? It’s just so unbelievably thrilling.

The BAFTA’s are one of the most prestigious nights on the international film industry calendar where A-lister stars from both sides of the Atlantic come together to be seen and honored. Some of the main nominees of this year’s awards are….

In the Leading Actor category:

The Leading Actress Nominees are:

Call Me By Your Name – Directed by Luca Guadagnino

The Shape of Water – Directed by: Guillermo del Toro

If you are lucky enough to be attending this year’s BAFTA Film Awards you will no doubt like to arrive in a style befitting of a film award ceremony. Our London chauffeur services cars and drivers will allow you and your guests’ time to relax and travel to the film awards in comfort without the stress of worrying about getting to the Royal Albert Hall in time and to look back on what will undoubtedly be a memorable awards night.