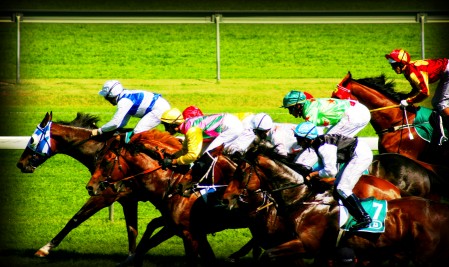 The Epsom Derby is one of the highlights of the British flat racing season. Situated in the heart of the Surrey countryside between Epsom, Tadworth and Langley Vale approximately 20 miles from the heart of London.

The Derby always attracts large numbers of spectators each year this is in part down to the course being sited on the largest remaining public Space south of London.

This years Investec Derby will be on Friday 1st and Saturday 2nd June. The first day – Ladies Day is all about the Fillies on and off the track. Ladies in fascinators and fancy frocks via to be the best dressed. While on the track one of the 5 English Classics – The Epsom Oaks is focal race.

The main race of the two days of horseracing is the Investec Epsom Derby” (Colts) itself which is England’s oldest and most prominent horse race for thoroughbreds, it is also the country’s richest race for 3 year old thoroughbreds paying out a prize fund of in excess of £1 million.

The Epsom Derby – A brief history…

The first recorded horse race on Epsom Downs was 1661. Races continued till 1780 When it is said the 12th Earl of Derby (Edward Smith Stanley) organised a race for himself and some of his friends to race their 3 year-old fillies over one and a half miles. He named it the Oaks after his estate. The race was such a success! That the following year a new race was added for colts and fillies. And so the Epsom Derby as we know it today was established.

Since then, the race has produced some of the most remarkable stories in all of sport and has been the crowning glory for some of the greatest legends of the game, both human and equine.

Travel to the Epsom Derby can be made using public transport or for added comfort by booking your own chauffeur driven car.