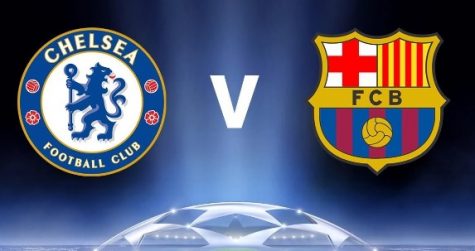 Looks like we are all set for another big night of European football in London with Chelsea vs Barcelona, Champions League Last 16 is on Tuesday 20th February at Stamford Bridge.

At the end of the group stages Antonio Conte‘s side finished second in Group C behind Roma this meant there was a strong possibility of them meeting one of the favoured teams in the last 16. This has proved the case and they will face Barcelona one of the favourites for the trophy. The final being held in Kiev at the NSC Olimpiyskiy Stadium in May.

The last time Chelsea and Barcelona met in a Champions League match was back in 2012. On that night Chelsea earned themselves a great result by drawing 2-2 in the Nou Camp, but winning the match 3-2 on aggregate.

This time Chelsea will be hoping to put the match out of reach of Barcelona at Stamford Bridge as playing in front of a capacity crowd of 99,000 plus at the Barcelona’s Nou Camp Stadium in the second leg with its intimidating atmosphere is hard enough at the best of times. Especially when they have great play makers like Andre Gomes, Oriol Busquets and the magic of Lionel Messi who can run rings round players and great goal scorers like Luis Suarez.

Barcelona topped their group to reach the Champions League last 16 unbeaten. Their home form in La Liga (Spanish equivalent to our Premier League) this season has also been equally as impressive.

Some would argue Chelsea’s form in the Premiership this season hasn’t quite reached the heights of last year. Although, they are currently in the top three retaining the title looks all but over with Manchester City looking like champions elect.

UEFA Cup football matches are always a little bit special and sometimes throw up surprises against the form book. With players like Thibaut Courtois, Pedro, Kante, Fabregas and Eden Hazard Chelsea have some great players. In Antonio Conte they have a strong Manager who knows how to get the best from his players and has shown this on several occasions in the Premiership this season. He is a great motivator and has been quoted as saying “When you play against Barcelona you must put 120 per cent at home and away if you want to hope to go to the next round.”

Chelsea FC have a good history playing against Barcelona in the Champions League. The most recent of which was the 2012 encounter on the way to winning the UEFA Champions League Trophy. So come Tuesday 20th February Chelsea fans will be hoping to see another great night of European Football.

There are several ways for football fans of both teams to travel to see Chelsea vs Barcelona Champions League Last 16. Whether this be by public transport ie tube or bus. An alternative means of getting to Stamford Bridge Stadium could be by booking your own chauffeur driven car. This gives you and your guests’ time to relax and travel to the match in comfort without the stress of worrying about taking public transportation and to look back on what will undoubtedly be a memorable night of European football.