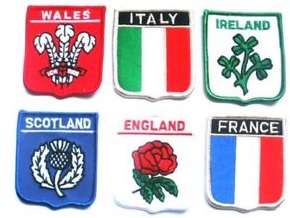 If like me you are a big Rugby Union fan, the Natwest 6 Nations Rugby tournament cannot come soon enough. With just over a month to go the excitement is building, especially after the performances of the Autumn Internationals.

The first 6 Nations match takes place on Saturday 3 rd February between Wales v Scotland at the Millennium Stadium in Cardiff. England, the defending champions begin their tournament a day later in Rome at the Stadio Olimpico on Sunday 4th February.

With home ground advantage alternating from one year to the next, tickets for this year’s 6 Nations will be at a premium as all but two of England’s rugby matches are being played away in 2018.

England’s first home match at Twickenham will not be until the second week on Saturday 10 th February. With Twickenham holding 82,000 fans the atmosphere when the opposing fans begin to sing and cheer is a bit like being at a concert in the Royal Albert Hall and is not to be missed.

The Six Nations rugby tournament is the premier Northern Hemisphere Rugby Competition, having been played in its present format since the year 2000 when Italy was added. Prior to this time the annual rugby festival was made up of 5 Nations England, Ireland, Scotland, Wales and France.

England hold the record for outright wins at 28 with Five Home Nations, Seventeen Five Nations and 6, Six Nation Tournament Championship Crowns. Hopefully they will be able to add to this, this year. Wales are not far behind on 26 Tournament wins. Only Italy and Scotland have failed to win the Six Nations title. After a strong showing in the Autumn Internationals of 2017 its possible Scotland might just spring a surprise or two. Italy on the other hand will most likely prop up the bottom of the championship table and go home with the Wooden Spoon awarded to the team who finishes last. This is a shame, but it just goes to show how much strength in depth the other five nations have and the competiveness of the tournament as a whole.

Last year’s tournament was a pulsating affair from the start till the finish with England being crowned the Champions. Although they narrowly missed out on the Grand Slam (winning all their games) and the sought-after Triple Crown (Victory by any Home Nation over the other three Home Nations).

This year England’s head coach Eddie Jones has challenged his team to win a ‘three-peat’ of 6 Nations titles, with the final weekend of matches ending with England v Ireland at Twickenham there is sure to be quite an atmosphere. Especially as it was Ireland who beat England last season to stop them winning the Grand Slam.

There are various ways for rugby fans to travel to see this years Natwest 6 Nations Rugby. Whether this be by National Rail or driving your own car. An alternative means of getting to Twickenham Stadium could be by booking your own chauffeur driven car  or for larger groups a minibus. This gives you and your guest’s time to relax and travel to the event in comfort without the hassle of worrying about taking public transportation and to look back on what will undoubtedly be some great weekends of rugby.